Seminar “Strengths and weaknesses of the Polish Local Self-Government in the 21st Century: Social Consultations at the Local Level”

On the 17 March 2022 there was r a scientific seminar on local government.

Title: Strengths and weaknesses of the Polish Local Self-Government in the 21st Century: Social Consultations at the Local Level

The purpose of the seminar was to present the Polish empiria concerning the creation and development of local self government in the post communist political regime, and the development of some modern forms of social consultations particularly at the local level. In many administrative units it might be observed that the bonds between local societies and local authorities have been strengthened during last years. Polish local self-governmental bodies develop some new forms and tools of communication. They provide municipalities with the freedom of participation in a decision-making process, and they give the opportunity to faster exchange of information and answers to the local problems.

Bio of the speaker:

Prof. Edyta Sokalska – Graduated in Political Science, English language and literature studies,  Habilitated Doctor in Legal Science. Her scientific interests and research include: legal history, constitutional law, political and legal doctrines. Firstly, there should be indicated selected problems concerning the history of administration and law in Poland, to which it was devoted the earliest research. The next area is a political and legal thought with special emphasis placed on the legacy of Max Weber. The interests have gradually evolved towards the issues concerning human rights from the historical perspective, which became another area of ​​the research. A part of publications was devoted to American legal culture in the historical context and the American legal science – the next research area.  A monograph Legal and Political Dimensions of American Federalism: Development and Interpretations (2018) is the evaluation of American federalism, the determination of the role of the United States Supreme Court judicature in shaping federalism in the American state. 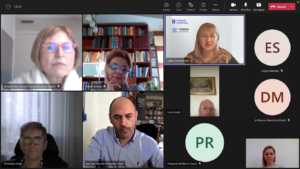 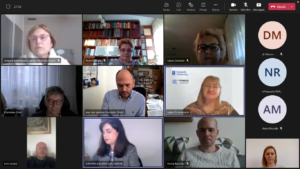