In light of the sudden changes in modern society, characterized by volatile values, economic hardship and job insecurity, young people who belong to a particularly 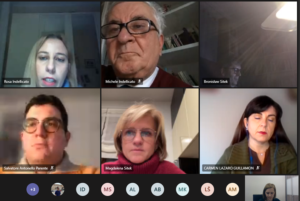 vulnerable social group are often confused in their decisions.

‘Early school leaving’ is a serious social and pedagogical problem, particularly acute during the epidemic.

You can also read more in the article “Early school leaving: for a pedagogy of orientation” by Rosa Indellicato